Through the Eyes of the Crokus – continued # 2…..The VA……Today I Fired My Lawn Service….Predator

Through the Eyes of the Crokus – continued forward 2.

Li Sun was aged two cycles. His armour-plate scales had begun to harden but were not dry enough nor thick enough to protect him against an attack by a hungry adult.  At the age of two he was called “a desirable,” meaning he would have been good to eat. 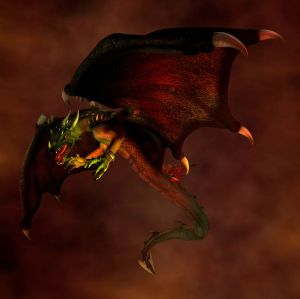 Many youth of the Crokus Clan and those of the Yagi Clan never made it to the third cycle. There were those adults that patrolled the outer edges of the known worlds and if a youth was caught off world by another clan they stood the possibility of being killed for their protein rich organs. Once aged 3 cycles it would be almost impossible to penetrate the armoured outer skin. That barrier could only be removed at the pleasure of the wearer which was rare except at the exchange of sexes once every fifty cycles. When that occurred they were all vulnerable to attack. Were it not for the overpowering of the breeding they would have extinguished the clans in bloodshed tens of thousands of cycles in the past, but the sexual draw was greater than that of the need of protein and the pain that came with the removal of the protective skins.

Li Sun glanced around himself at the shadows standing close. He could feel their breath on his drying armour plate. They were right, he shouldn’t be out at the unregistered limits of the then know universe. It was foolish of him, and yet he knew that everyone of those there with him had done the same at his age. In a moment he would bolt shooting skyward and away from those who would most surely curse him as he did for he was not only quick but agile and able to turn and reverse direction in a space that none of those surrounding him would be capable of doing.

She writes of herself that she is a writer. She lives in the metropolitan Atlanta area, and is a native of Georgia. She writes of an illness at the following address and how she handles it.  https://annermurray.wordpress.com/2015/03/25/harsh-reality/

I think her story is incredible and she is well worth getting to know.

https://annermurray.wordpress.com/2015/03/05/born-with-a-handicap/  She speaks of herself as being handicapped, not from illness or injury but because she is female. I think she is an interesting read.

The VA…. well, apparently some guy went to the VA and told them he was suicidal and in need of help. He was told, according to him and some others, that they had no room for  him and turned him away. He returned and had a camera on his and he recorded being told to leave. The VA is in worse shape today than it was two years ago when the news bureaus all began reporting the problems. Where are they now? Where are the reporters now?The suicide rate among veterans is horrific. This is true among women and men vets. There is a special hotline available for those in trouble. Depression and PTSD are real. I occasionally will run into an idiot that will say, “They just need to suck it up and get over it.” Wow, wouldn’t it be wonderful if it was that easy.

We have had the same lawn service now since we moved here in 2003. They have not been taking care of the property like they should for sometime now. So, today I fired them. Now I feel badly. But should I? I don’t know.

I wonder, is it my fault for letting them slip and slide? They have lost three lawns on my street. Maybe I wasn’t clear enough in what I wanted. I’m not sure. They were supposed to be weeding…they weren’t. They were supposed to be trimming our shrubs….they weren’t. And, when they did (after I called them) they used equipment that wasn’t sharp so the bushes were mangled. Is that my fault? Is it my fault that I didn’t stand on top of them to make sure they were doing the job right? Then there is the language barrier. His men mostly speak Spanish. I mostly speak English. Should I speak more Spanish?

So, why do I feel guilty and sad?

Trying to finish. I have two other narrative nonfiction, another book of poetry, and more that I need to take care of. Predator is over 400 pages now.

This site uses Akismet to reduce spam. Learn how your comment data is processed.